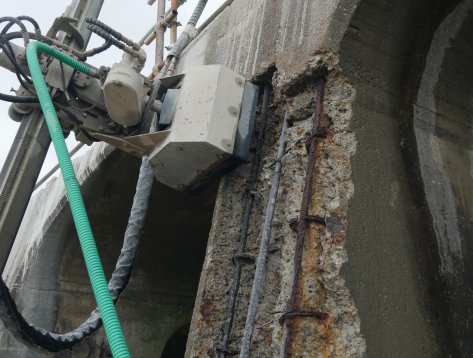 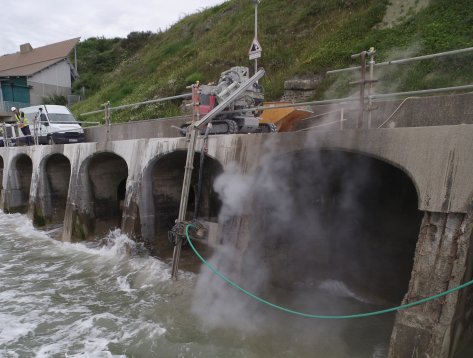 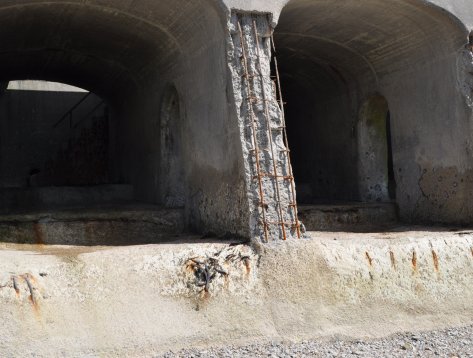 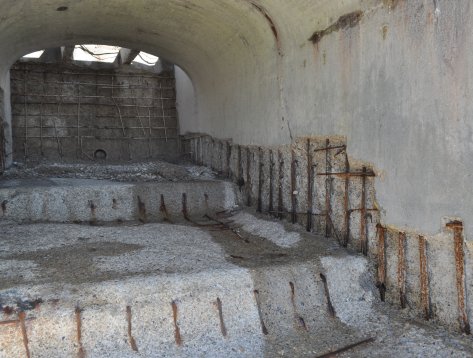 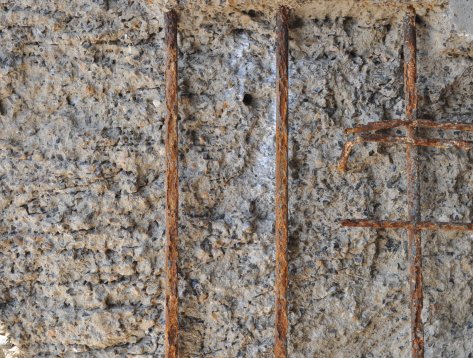 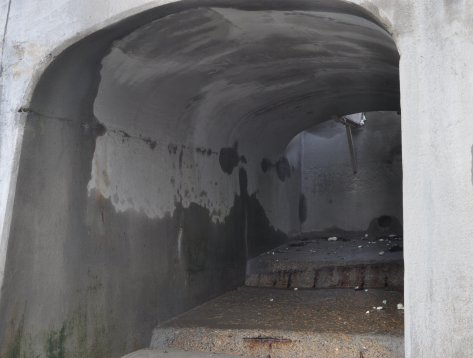 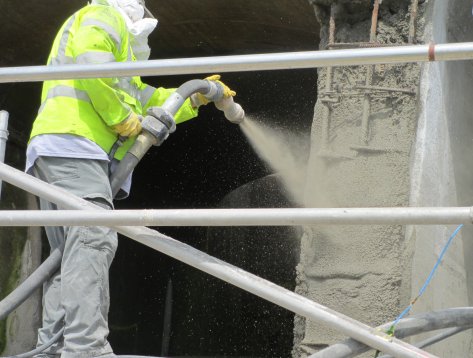 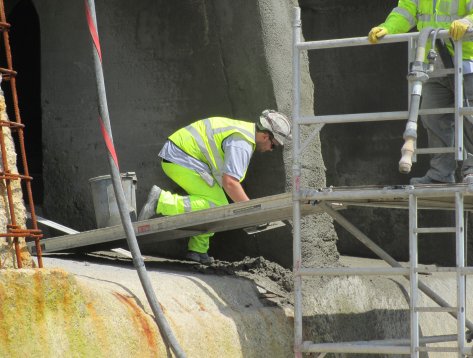 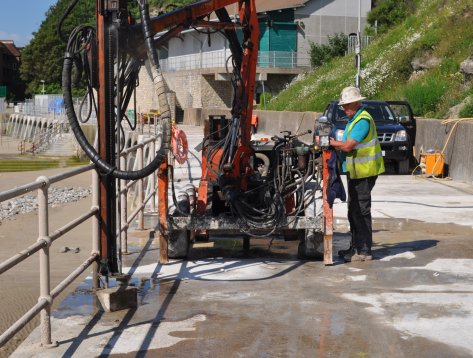 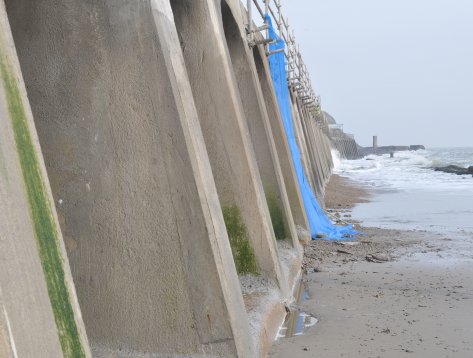 The Coronation Parade frontage lies immediately to the east of Folkestone Harbour. The 340m long parade which was built in 1938 (and completed in 1941) to provide coastal protection for the cliffs behind, consists of 84 reinforced concrete arches with a roadway ontop. The structure also acts as a maintenance roadway for the National Grid Transco cross channel interconnector facility/sub-station located at the eastern end.

The concrete arches and access way were generally in a poor condition having beeen adversely affected by chloride attack and battering by the boulders. This had caused corrosion of the reinforcement , cracking and spalling of the concrete.
Reinforcement bars were exposed in many places, and in some parts had been entirely eroded away. There was extensive concrete spalling, rust staining, efflorescence and cracking of the concrete substructure. In addition, the deck of the promenade was also cracked and the soffits of the arches were deemed a hazard due to spalled sections of concrete, making them a potential danger to the public.

CRL was contacted by the Council engineers early on in the project to carry out ECI and advise on the methodology of the repairs, comment on the preliminary cathodic protection design and supply a budget cost for the works. After spending time on the site and discussing the various options with the Council engineers, we were able to advise the client on a different method of installing the cathodic protection system (from the top, as opposed to inside the arches). This new methodology not only reduced the health & safety risks involved with working in the arches and dealing with the tidal changes, but also reduced the budget costs by £1.0 million!

The works consisted mainly of the following:

The contract programme duration was 56 weeks, which saw us working through the winter months. This made working conditions extremely difficult, if not impossible at times!
Other items which had to be taken into account were working in a marine and tidal environment, as well as constantly being in close proximity to the general public.

"For a concrete structure built at the beginning of the Second World War it has stood up to the harsh environment extremely well. This just goes to prove that concrete can withstand the test of time and is why concrete is still the most widely used construction material in the world today." 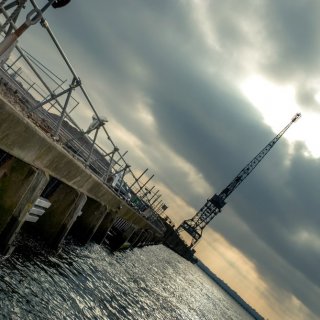 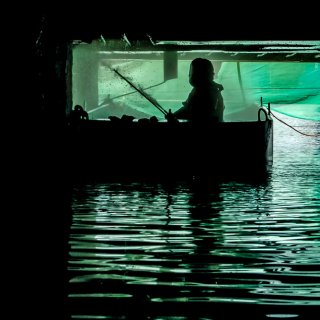 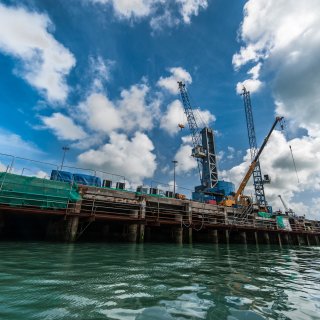 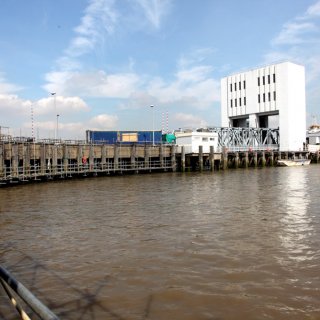