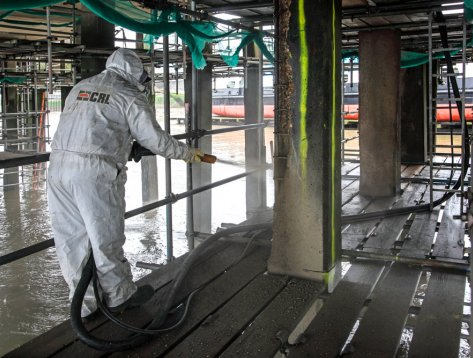 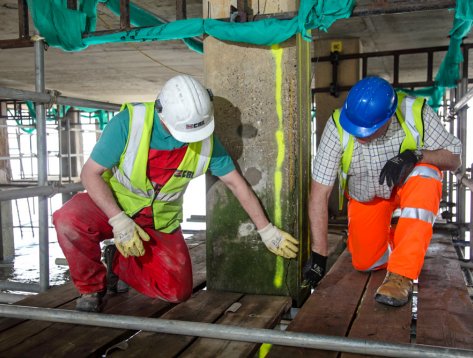 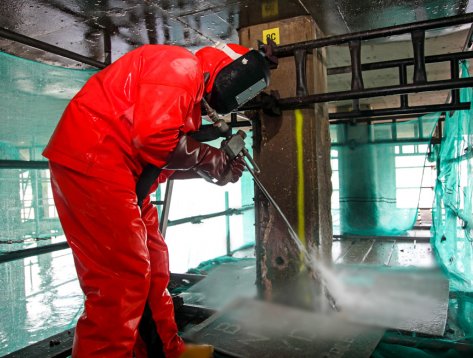 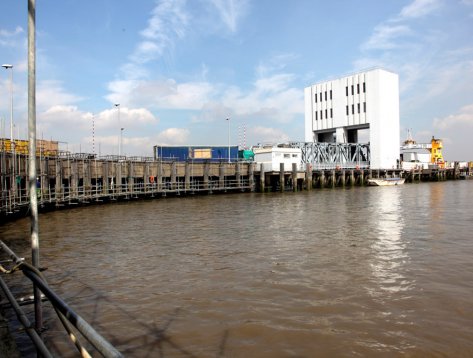 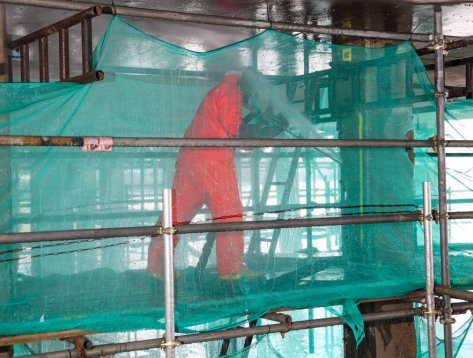 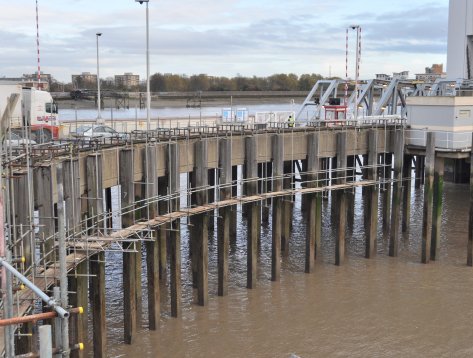 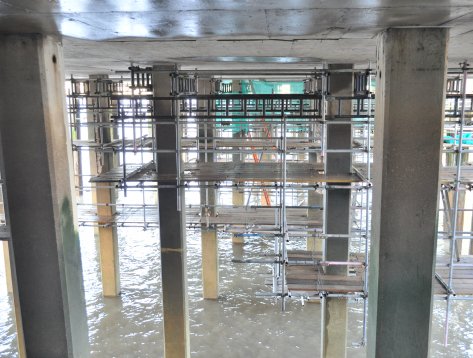 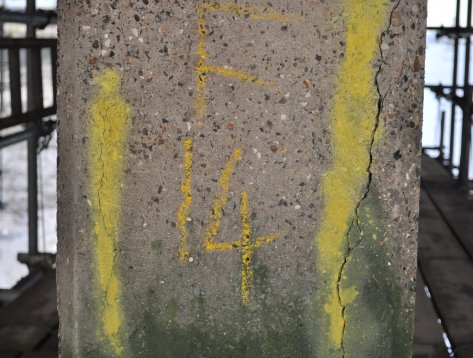 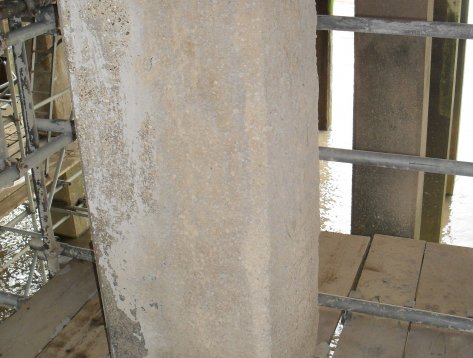 The Woolwich Ferry is a free service operating between Woolwich and North Woolwich, linking the north and south circular roads across the Thames. It is a vital, heavily utilised service that relies on the concrete approach viaducts (jetties) for the loading, and unloading of the cars and trucks using the ferries.

Following various investigations and inspections, in July 2012 a tender was issued to carry out repairs to the piles/columns that had started spalling, and after extensive discussions and revision of the works to be carried out, in 2013 a contract was awarded to CRL to carry out the repairs of the north and south approach viaducts. The contract period was 6 months.

Due to the tidal fluctuations, up to 7m, the material required to carry out the repairs needed to be fast setting, as well as gain strength rapidly. After a thorough analysis of the materials specified, and what other materials were available, the decision was made to use Natural Cements SHOTCRETE 530 Dry Spray Concrete. Not only was this material fast setting and fast curing, but it’s rapid strength gain allowed us to confidently reinstate the broken out areas between tides with no possibility of the material being washed out, or in any way being compromised.

Access to the areas to be repaired required some innovative thinking to overcome some of the difficulties which would be encountered. Namely that the jetties had to remain operational at all times, the work had to be carried out as, and when the tide allowed, and no debris or materials were allowed to fall into the river, or the foreshore. A top down approach was finally used mainly from a mobilisation, cost and safety point of view. In addition to normal access requirements, the area where hydrodemolition was taking place had to be fully enclosed with debris netting and plywood to contain any flying debris.

"Working on a fully operational site, coupled with having to work around the tides produced their own set of difficulties. However with detailed planning and good communication with the ferry operator we managed to keep to the programme and complete the project on time."