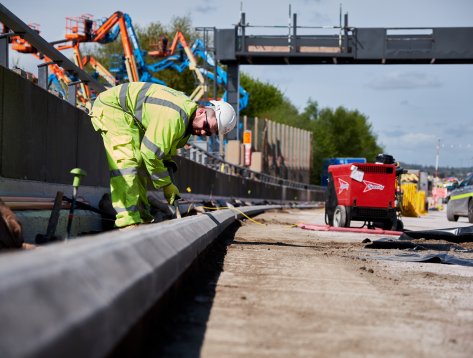 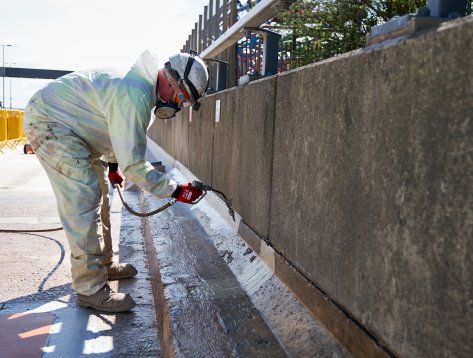 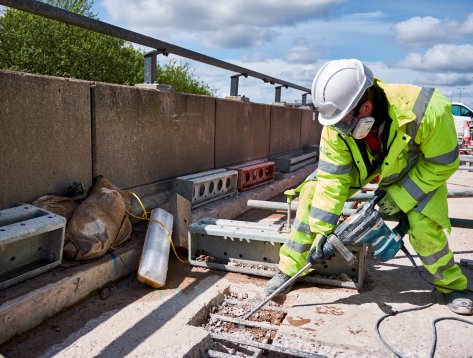 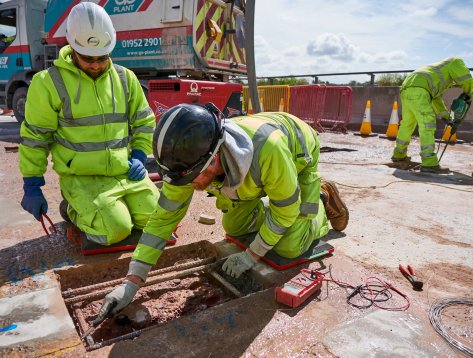 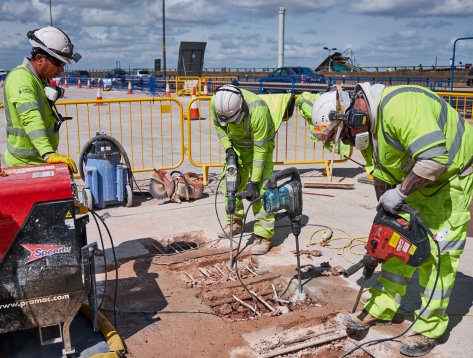 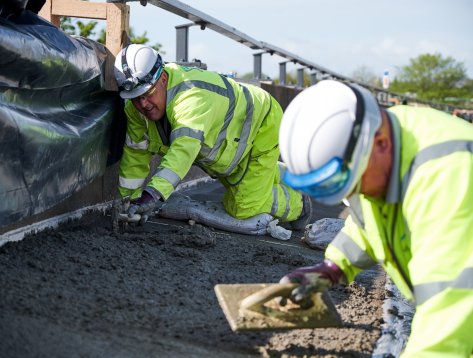 This £100m plus project, located between M5 junctions J1 and 2 in Sandwell in the West Midlands is the largest concrete repair project (by value) ever carried out in the UK. This project began in April 2017 and is CRL’s largest individual contract to date.

The concrete repair work was carried out in three stages to allow for continued two-way traffic flow of this strategic route. The first was the southbound carriageway, followed by the northbound section and finally the central reservation. CRL was appointed as the concrete repair contractor alongside VolkerLaser. The principal contractor was a joint venture between BAM Nuttall, Morgan Sindall and VolkerFitzpatrick, known as BMV.

The concrete repair work carried out by CRL involved the northern section of the viaduct closest to Junction 1, comprising a 0.93 mile stretch of deck, covering 50,000m2 (essentially half the viaduct). From CRL’s perspective, even though the nature of the contract was typical of work commonly undertaken by them - involving hydro-demolition, continuity testing, installation of sacrificial anodes and then reinstatement with a pre-bagged flowable micro-concrete - the scale of the work was unprecedented.

In total CRL carried out full repairs to their allocated section; 125 deck ends, over 4,500 individual mid span areas and replaced half a deck as part of a single repair covering 200m2. To achieve this, 10 million litres of water was used during the hydro-demolition works, 1.5 million kilograms of concrete repair material was utilised, 21,000 sacrificial anodes were installed and almost 350 individuals contributed to the project success in CRL’s section alone!

The southbound (first) phase was carried out over a period of 13 months, during which time the four lane carriageway was closed to traffic for the entire duration. Both northbound and southbound traffic used the northbound carriageway via a contra-flow system which enabled operatives to work two full shifts a day, six days per week. Some areas of the motorway had other roads passing directly underneath, which required us to complete concrete repairs during a full weekend closures of the road underneath from 8pm on Friday until 6am the following Monday.

The works carried out has ensured that the structure has been effectively and efficiently repaired, the concrete protected and the lifetime of the viaduct extended significantly, thus ensuring the ultimate Highways England objective of having a robust and resilient road network.

"Today marks an important milestone for the scheme and an opportunity for me to thank the whole team for the immense amount of work completed so far. The scale of this project is unprecedented for many reasons and we can all be proud of our achievements as part of that." 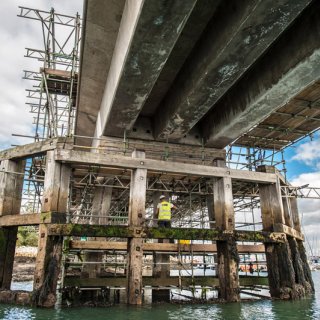 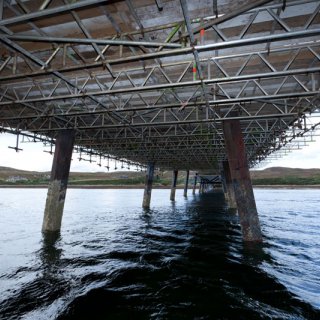 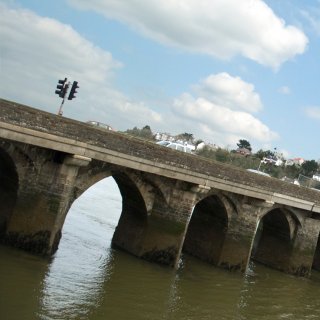 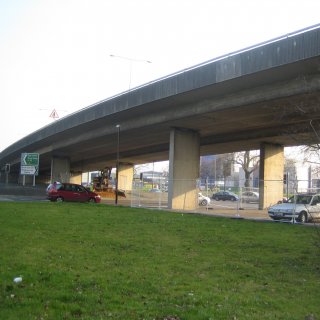